Downtown is Where It All Began

Rogers was named after Captain Charles Warrington Rogers, who was Vice President and General Manager of the St. Louis and San Francisco Railway, also known as the Frisco. We became a community in 1881, the year the Frisco line arrived.

In 1924, the Rogers City Council formed a commission composed of local businesspersons who formulated plans to help uplift the city. The first project was the paving of Downtown Rogers.

Concrete was first used and then overlaid with bricks in a basket weave pattern. Today, our brick streets have become one of our most unique and authentic downtown traits. 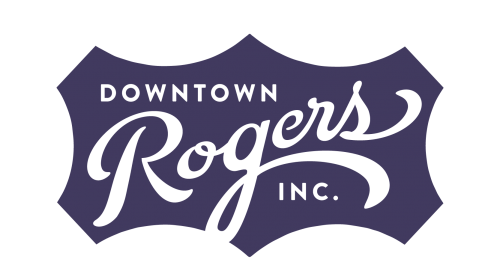 Preserving Our Heritage and Authenticity

At Downtown Rogers Inc. we’re all about creating fun, downtown experiences that bring our community together. We are passionate about celebrating our past while embracing our future with unique programming that makes downtown a destination for friends and family.

There is so much to explore downtown from our historic brick streets, DTR Market, and beautiful parks to a magical blend of sights, sounds, aromas and tastes. It’s truly a melting pot of creativity, art, culture, music, cuisine, shopping and natural outdoor beauty. Downtown Rogers has real roots, historical character and a vibrant energy for those who appreciate authenticity of place.

As a 501 c3 nonprofit, we are primarily funded by sponsorships, donations and grants. We love our community and rely on your support and volunteerism to do what we do.