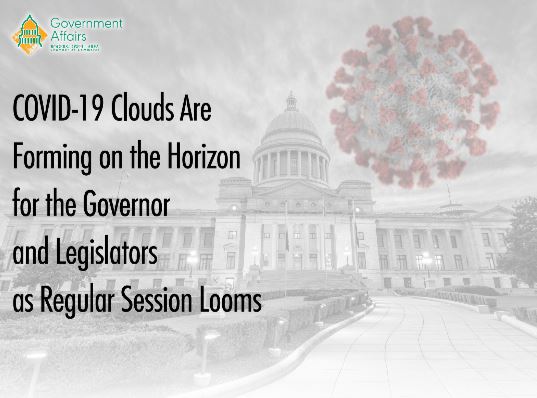 There have been 46 governors of Arkansas, and most of them entered the office with bold visions and legislative agendas to make the state of Arkansas a better place for its residents. However, many governors of Arkansas have found that those bold visons and agendas were completely altered by time and circumstance. Politics is an institution that is dictated by the tyranny of the moment, and many governors have risen to respond to their “moments”, with time and its passing serving as the ultimate judge of their actions.

On April 23, 2013, Governor Mike Beebe signed the Arkansas Medicaid Expansion Act into law. The new law was known as the “Private Option” and served as a model of bipartisan legislation for the rest of the country to follow. It was passed during the last regular legislative session of Governor Beebe’s long and storied career in state government. Although he had not planned on it, the Private Option would serve as Mike Beebe’s legacy and crowning achievement as Governor.

In January of 2021, Governor Asa Hutchinson will also be facing the last regular legislative session of his time as governor. Hutchinson has been successful in his tenure and has served the people of Arkansas well. Like many governors before him, Asa Hutchinson has also arrived at the crossroads of his own long and storied political career. Time and circumstance have arrived to present COVID-19 for him and the members of the General Assembly with their “moment”.

Budgetary Issues Forming
There is no arguing that the state budget will be impacted by the state’s response to the COVID-19 virus. To what extent that impact will be felt remains to be seen, but most legislative observers will agree that it is going to be substantial. The long streak, in which revenues for the state have exceeded forecasts, has ended abruptly. As a response to the pandemic, the state has already spent down the bulk of its accumulated surplus during a special session held in February. In the next session, State Agencies will likely have to identify cost-saving measures in their budgets, which will affect the services that they provide.

To continue the prosperity that Northwest Arkansas has enjoyed for so long, the business community will be working with our legislators to keep those hard-fought-for tax reforms in place, while championing legislation
and sound fiscal policies that will lead to more population growth and job expansion in Northwest Arkansas.

A Special Session?
Liability issues that are influencing businesses are driving the early discussion among legislators for the governor to issue an Executive Order and call for a special session to pass some form of liability protections from an onslaught of litigation for health care providers and businesses owners. At the time of this writing, chances are 50/50 that the governor will call a special session. If he does, it will be up to him to decide what issues are placed in the call for legislators to consider.

Business Will Be Impacted
As the legislature meets again this time next year, there is some concern in the business community that the tax reforms passed in the 2019 legislative session could possibly be delayed because of the financial situation the state finds itself. Measures to cut the corporate income tax, to implement the single-sales factor, and extend the “net operating loss carry forward” were measures that served as the core of the recommendations proposed by the Tax Reform Task Force that met in the interim before the last regular session. The Chamber will be monitoring this situation closely and be working next session to keep these much-needed tax reforms in place.

An Unprecedented Time?
The Arkansas economy has not seen a sudden jolt of this magnitude since the Great Depression. At the time Arkansas entered the Great Depression, it was a mostly poor and rural state, and Benton County was one of the poorest counties in one of the poorest states in the country. Now it’s almost a century later, and Arkansas may still be considered a rural state, but it has made great strides economically, and Benton County is now the wealthiest county in Arkansas and serves as the epicenter of one of the fastest growing regional economies in the country.

To continue the prosperity that Northwest Arkansas has enjoyed for so long, the business community will be working with our legislators to keep those hard-fought-for tax reforms in place, while championing legislation and sound fiscal policies that will lead to more population growth and job expansion in Northwest Arkansas